It's Alright Ma, I'm Only Bleeding: Scenes From the Breakneck Point 42k

In fact, I was barely past the half marathon distance.

Then I took another good look at my right arm﹘the one I'd torn up into a bloody mess two hours and nine miles ago. "This ain't Boston. This is Beast Coast."

I'd been in a good groove on the first major decent around mile four, where the course drops 1,000 feet in just over a mile. One moment I'm enjoying the cool, crisp air as my legs can finally rest from the first big climb and the rocky, rolling slopes. The next moment I'm picking dirt from an open wound on my palm while the road rash (trail rash?) on my forearm tastes like burning. I guess it goes to show that at a race like Breakneck, you can't lose focus for even a split second.

Held in mid-April, the Breakneck Point Trail Runs 42k and 21k serves as the Upstate New York trail and ultra running de facto season opener. It's the first major trail race of the year to have a regionally competitive field and a large turnout
overall. (Both distances sold out well before race day.) Tons of people I hadn't seen all winter seemed to come out of hibernation to get involved with the race in some capacity.

The route traverses Breakneck Ridge and Mount Beacon on the eastern shore of the Hudson River. It dishes up some with some delectable views of the Hudon River to the east and, if the sun and clouds cooperate, the Catskills High Peaks to the west. The course boasts somewhere upward of 9,000 feet of gain for the 42k, with an equal amount of descent, and includes four major climbs of 1,000 feet or more, plus many smaller climbs. Much of the terrain is covered in roots and sharp rocks or loose pebbles, and the smooth, runnable sections are kept to a minimum.

The night before the race, my buddy Mike Siudy showed me the course map and explained the changes from last year. I ran the Breakneck 42k in 2016, but the course was altered to comply with permits and to prevent vandals from moving around the course markings on certain trails. According to Mike, this route was more difficult and added at least 500 feet of climbing, making a few of the longest climbs even longer. Mike knows these trails well, so I took his word for it and figured 6:30 was a good goal time instead of the 6:15-6:20 I was aiming for. The next morning I found out how right he was.

After helping with packet pickup for awhile, I slept for something like three hours at the campground where the race was staged. Before I knew it we were headed up the first rocky pitch of the day. I knew I'd started way too fast once I was passed by Scotie Jacobs, and then by Mike a few minutes later. At least it was early, so the damage from an aggressive pace was pretty minimal. Then I took the tumble that shredded skin off my right arm and tenderized my left glute.* I still can't picture how one could land in such a way to do both at the same time. A few other runners stop to make sure I was okay, and I was grateful for them doing so. You know you picked an incredible sport when strangers are willing to sacrifice their own performance to help someone out.

At the bottom of that descent, I was able to shake it out with a steady jog down Route 9D before passing through the first aid station. As we hopped onto the next trail, a warning sign explained what was immediately in store.


"WARNING: This is not just a walk in the park! Breakneck Ridge is a steep rock scramble that is for experienced hikers in excellent physical condition only." etc, etc. "Enjoy the hike and views!"

Strangely enough, the sign made no mention of marathon trail runners. It may as well have read: 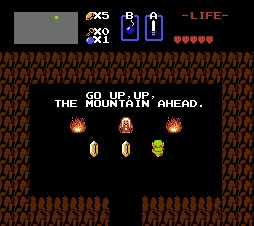 At least I knew what was in store on this climb, having run the race the previous year. It would be a bunch of hands and feet scrambling, all the way up to the bagpiper at the peak. One of Breakneck's many cruxes, and we were only six miles in! As I toiled away at the boulders and slabs, the bagpipe's drone slowly came into focus, gradually increasing in volume. "Almost there." I crested the ridge to face the piper, in his kilt and full Scottish regalia, then looked toward the trail and—insert creative string of expletives here—I'm faced with another massive scramble! This was only halfway.

I got back to work, and finally reached the true summit of the ridge. Ian was stationed here and asked about my arm. I realized after the fact that the top of Breakneck Ridge was one of the course changes, and that somewhere along this stretch the climb had been extended, taking us higher instead of turning off down a different trail.

At the peak, I turned around to take in the view. A thousand feet below, The Mighty Hudson cut through the land, separating the east bank﹘where I now stood atop Breakneck Ridge﹘from Storm King Mountain on the west bank. Breakneck and Storm King are separated by no more than a mile as the crow flies, yet the vast expanse appears much larger from such a height. I imagined myself as an eagle sailing high above the blue water, with the ability to fly from one peak to the other and back in a matter of minutes. 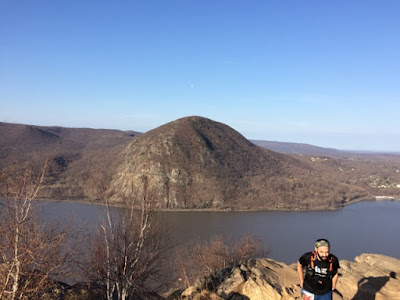 Finally, the course took us off the ridge and down a smooth, runnable two or three mile stretch to Aid Station 2 at Washburn Base. I fueled up, then began the next massive climb up the Washburn Trail to the top of Bull Hill. Another course change made this climb longer as well, and it was somewhere on the Washburn ascent that the clock passed 3:05 with barely more than a half marathon behind me.

The course took us back north toward Mount Beacon, and we hit Aid Station 3 around 16 miles. We'd been told ahead of time to grab enough water at Aid Station 3, and were told again by the volunteers. The volunteers also told us the next aid station was only six miles away. Odd, since I'd read on the website that we were entering an eight-mile loop.

Throughout the ensuing loop, the cumulative effort, combined with a poor night's sleep, began to wear me down. The trail led us around the east side of Beacon Reservoir, then down a steep, quad-busting drop littered with loose rocks and loads of hikers. Last year we'd gone up this trail, and I much preferred hiking up it over running down. As with all things Breakneck, what goes down must come up. I struggled up Lamb's Hill, the final major climb of the day.


Mile 22 passed. No sign of Aid Station 4, and I found myself out of water. I pulled the printed cue sheet out of my pocket. Damn! The cue sheet said the next stop was at mile 24, not 22 like the volunteers announced. Had I not been so exhausted and worn down, I may have been able to think rationally about conserving water and paying more attention to the distance and cue sheet. 'Tis the nature of the beast. I trudged miserably over a bunch of short and steep hills, asking each group of hikers if they knew how far to the aid station. No one could give me a straight answer, but one of them was nice enough to offer enough water to fill both my bottles. Unsure how much further I had to go, and at times doubting that I was even on the right trail, I accepted the gift. The cold water lifted my spirits, but only a little.

I slogged it out, and finally came to the aid station at mile 25, in pretty rough shape. I vaguely remember hearing some comments that it looked like I was mauled by a mountain lion. In my disoriented state, it took awhile to recognize Jim, Lisa, and Amy﹘the volunteer crew at the aid station, all of whom I'd met previously at a bunch of other trail races. With some extra calories down the hatch and some familiar faces, it was like a heavy fog was lifted and I had just risen from the grave. I realized that Jim was trying to tell me I only had three and a half miles to go, all downhill. Beating last year's time of 7:00 was impossible by this point, but I took off hard downhill so I could at least have a strong finish. (Full results.)

For the second year in a row, this race tested my resolve more so than most other ultras I've run. The relentless, steep climbs and descents can easily wear one down. I definitely overestimated my ability to do well at Breakneck, but am still happy with the 7:05 finishing time. In the week that followed, my entire body felt pretty beat up﹘a repercussion I don't usually have to deal with after any race under 100 miles. Holding back the effort at the Skunk Cabbage Half Marathon, only a week before Breakneck, was without a doubt the right move. I'm hoping that my Breakneck performance will set the tone for the rest of the season and give me some forward momentum, with the Thom B 52k coming up in May and then Cayuga Trails on June 3, plus the Seneca 7 Relay only two weeks removed from Breakneck.

Thank you to Ian and the rest of the Red Newt and Mountain Peak team that made Breakneck such a unique, challenging, and rewarding race. And thank you to the volunteers that kept us fed, watered, and safe. The uniquely brutal nature of this course, and the fact that it serves as the season opener, are what makes Breakneck special, and why I hope to return in 2018. 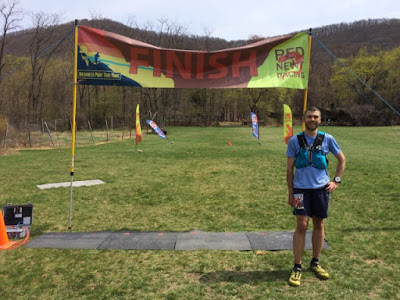 * No photos of my bloody arm. Use your imagination.