A Tale of Two Races

It was the best of times, it was the worst of times. I recently ran a 15K. Then a week later, I ran another, yielding a slower time but much better result. Both races consisted of putting one foot in front of the other with the goal of traveling from point A to point B as fast as possible. However, the two events could not be more different.The purpose of this post is not to write another race recap, but to attempt to explain the vast differences between trail racing and road racing, as well as the pros and cons of each.

Held annually in Utica, NY, since 1978, the Boilermaker 15K Road Race is one of the largest 15K races in the United States. The race has become so popular than online registratrion, capped at 14,000, sold out in about an hour and a half. The 15K attracts runners from all over the world, and its sizable purse brings in East African elite runners who usually end up taking the top places.

Every second weekend on July, the entire city of Utica, (population 60,000) becomes encapsulated in Boilermaker fever. The weekend includes a large expo the day before the race, a National Distance

Keeping the Cows In: A Finger Lakes 50s Race Report 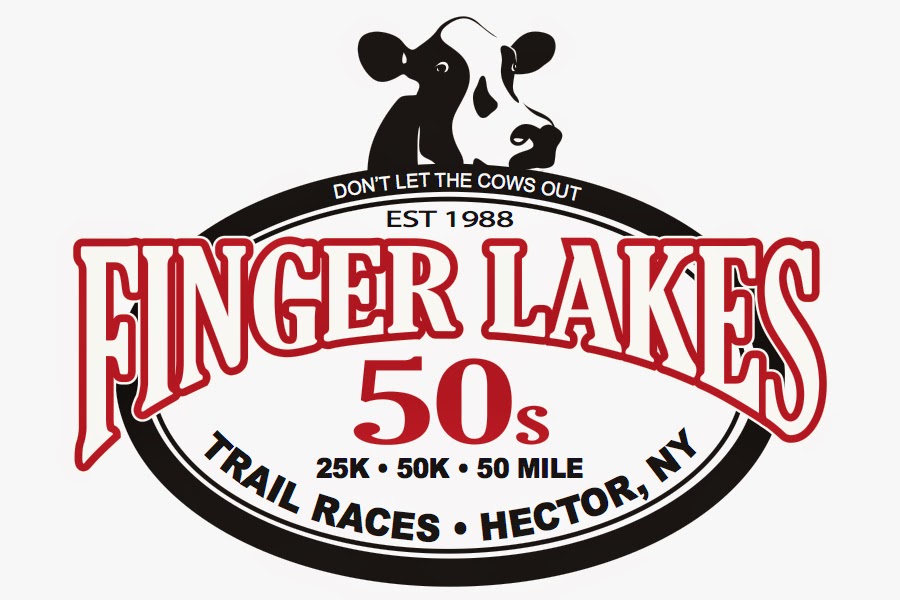 I collapsed into my foldout camping chair with a huge sigh, immediately clawing at my mud soaked shoes. Trying to undo the laces would sap a sizable amount of my remaining energy, but I felt I had no choice. I forcefully sprayed some warm, stale water from my bottle onto the laces to clear away the mud. This allowed me to nimbly pick at the knots and eventually yank both mud ravaged shoes free, tear off my soaking socks, and finally dry my feet. Aaahhh, instant bliss.
After 33 muddy miles on foot, the race offered reprieve in the form of hot food, cold beer, and a respectable 6:10 50K finish. The trail gods gave me a choice: I could simply call it a day here and bask in the sweet summer shade for the remainder of the afternoon, or I could force myself afoot and run/walk/hobble through another 17 miles during the hottest part of the day. So why, then, did I choose the latter? After glancing across the campground to make eye contact with my pacer, it was clear I had unfinished business. Ignoring the Sirens' calls of cold drinks and hot eats, I shoved clean socks and the muddy Kinvaras back onto my feet and Adam and I hit the trail. It was time to get the Hell out of Dodge before common sense set it.

The Finger Lakes 50s consists of three different distances, each distance one to three laps around the Finger Lakes National Forest. Located in the southeast corner of  the Finger Lakes region, The FLNF is the only national forest in New York State. The 16,000 acre forest boasts 30 miles of hiking trails,
Read more »
Posted by Pete at 12:26 PM No comments: