With the new year now upon us for over a month, most runners I know have already stated their 2015 goals. Some of those involve running a given number of races, reaching 2,015 miles for the year, tackling a new, intimidating distance, or trying out a new sport. These are all noble accomplishments, and I wish nothing but the best of luck to anyone training for something new or something different.

Per usual, I'm behind the times on this blog and finally got around to writing about my running goals for the year. My primary "goal," as it is every year, is to remain injury free and to have fun with what I do. The moment a serious injury sets in, or when I cease to enjoy running, additional stress is placed on my body preventing me from leading a happy and healthy lifestyle. The same is true for all athletes, of course. When running is no longer enjoyable, it is obviously time for a break, but I'd like to avoid this situation altogether. However, this post is about a more tangible, objective goal than the abstract concept of happiness. So here is my big plan for 2015.

I've decided to take it to the next level and go after the 100 mile distance. Starting on the first of the year, the main focus of my training is to complete the Virgil Crest Ultras 100 Miler on September 19.
For the next 7.5 months, every one of my runs, workouts, and rest days will be with that goal in mind. (Now that I've officially blogged about it, I've committed myself. What have I gotten into!?)

To put it simply, because I'm not sure if I can do it. I've run a few 50 milers, and aside from a brief meltdown in one of them, I never once had any doubt that I would cross the finish line before the cutoff time. After 50 miles, the next commonly held race distance is the 100K, which is about 62 miles. While completing a new distance is never easy, I'm confident I could complete a 62 mile trail run barring a mid-race traumatic injury. Since there are very few ultras of distances greater than 62 miles and less than 100, the century mark is the next logical step. The 100 is also a huge physiological barrier, in that the distance invokes a different mindset simply by increasing from two digits to three.

Like many other runners, I feel there is something majorly appealing in trying to accomplish the unfathomable. Pushing the body to the limits, completely by choice, may be be questionable to those unable or unwilling to step outside their comfort zones. The thought of what goes into completing 100 miles is intimidating beyond belief - planning out all the daunting logistics, taking responsibility for my crew's safety, running through the woods all night with a headlamp, and forcing myself not to quit after the first 50 mile loop. I don't care what Speedgoat Karl Meltzer says. 100 miles is pretty damn far.

It's difficult to explain to anyone who's not an endurance athlete the deep sense of satisfaction from meeting a race goal or simply from finishing a difficult event. That could mean running a mile around a track, running/hiking all day through the woods, or anything in between, depending on who you ask. I'm not in it for awards or bragging rights. I just want to see how deep I can dig without giving into the temptation to quit and return to my comfort zone. I hope to come out on the other side as a person who is more aptly prepared to deal with uncomfortable situations, and who doesn't take modern, everyday conveniences for granted.


There are easier 100 milers out there than Virgil Crest, especially for first timers. Virgil's finishing rate in recent years has been consistently covering around 50%, while the elevation profile boasts roughly 22,000 feet of vertical gain. Scanning through results of the past few years, it seems that breaking 24 hours would, more likely than not, land one on the podium (or break the women's course record.) While marking the course for last year's run, I had the (dis)pleasure of running/walking/crawling though the alpine section - the ski slopes of the Greek Peak Ski Resort, or what race director Ian Golden calls "the crux of Virgil." Even the slow paced volunteer work wiped me out, not once, but twice. So why not attempt an easier Northeast regional 100 like Beast of Burden or the Vermont 100?


While volunteering at Virgil Crest aid stations each of the past two years, it became too difficult not to want to run this race. Since the race HQ is only a half hour drive from my house, I ran into dozens of runners, volunteers, crew members, and spectators that I knew and have run with before. I had a great time hanging out with fellow Ithaca runners and Finger Lakes Runners Club members and cheering for the runners I knew. They all seemed to be having a good time out on the trails, or at least excelled at faking it when coming into the aid station. It would be ideal to have this kind of support during an ultra, rather than driving several hours and running with people I've never met. Additionally, I'm already familiar with the Virgil course and have the ability to train on it at any time, as soon as the snow melts. Lastly, the logistics will be easier to manage, since it won't involve finding a place to stay for two or three nights. 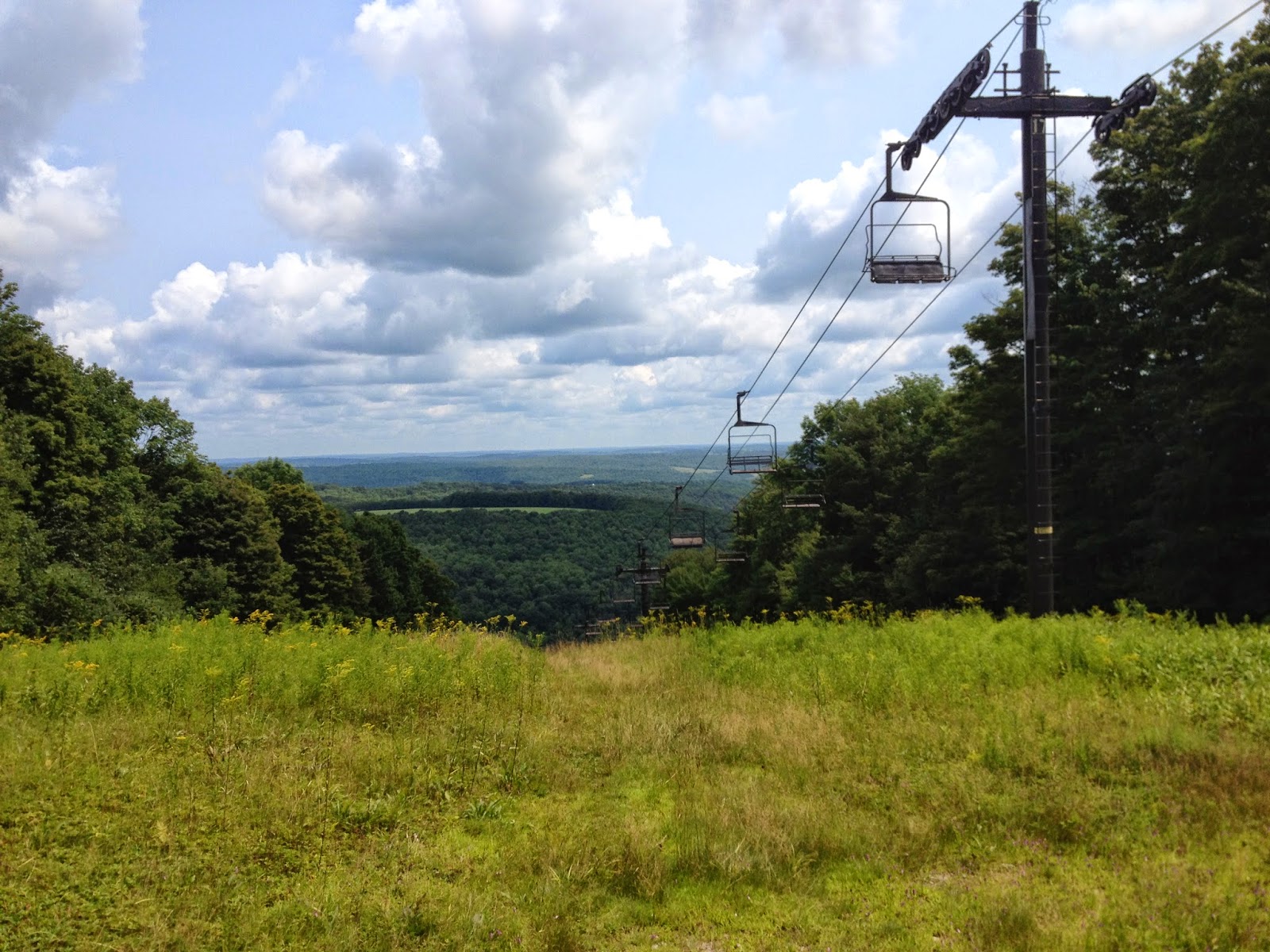 
In addition to Virgil Crest, my other A race for the year is once again the Cayuga Trails 50. After having run it last year, I think I can cut my time down considerably if I put in the proper training. (Last year's goal was just to finish in one piece.) Cayuga's course is fairly similar to Virgil's, so the training regimen will be similar as well. While I've been anything but Type A about my training since running my first two road marathons a few years ago, I realized I do need to develop some sort of plan.

Training for the Virgil Crest 100 will focus a lot on the climbing and descending, something I've never been very good at. I've already started incorporating more hill work during my long runs, and one mid-week session that involves hill repeats or hill loops necessary to add up some cumulative vert. (By hill loops, I mean repeatedly running short 1-2 mile loops with a sustained climb in the middle, without focusing on speed.) Once the Upstate NY weather warms up and the snow clears, I'll be able to get into a more consistent training regimen.

By running five days a week, I'll aim to peak in mid August around 80 miles per week. I've also been doing the strength training that I neglected last year, and will continue to do it twice a week until the weekly mileage peaks. A 100K warmup race a month or so before the 100M will be the peak of the training before a three or four week taper. I'm still deciding between one of two 100Ks, both held in late August.

July 12 - (tentative) Boilermaker 15K Road Race - Utica, NY. This one depends whether or not Hayley and I are able to register before it fills up.

November 1 - (tentative) New York City Marathon - New York, NY. (If I survive the lottery demons who've been unkind to me for each of the past three years!)

I plan to post here periodically with updates on my training for Virgil Crest, for no other reason than to hold myself accountable and not fall into a routine that ignores race-specific training. While I won't post about every single training run I do, I'd like to use this blog as a training log, among other things.

Has anyone else run the Virgil Crest 50 or 100? What was your experience like? How about tips for running a first 100? Comments are always welcome and appreciated!