Just like my distance running, this blog is rising from the dead after a months-long hiatus. In short, it had been a frustrating five months with an ability to perform to my expectations. During that span I accumulated several average to mediocre race results and often felt awful on any runs longer than 60-90 minutes. I'm not an uber competitive guy and don't dwell much on race times, but I still expected to run a higher volume at a faster average pace and feel good about it. The drop in performance left me with little motivation to run, read about running, or write about running. All the fall ultras I'd had my eye on—the Watergap 50k, Tussey mOUnTaiNBACK, Can Lakes 50-mile road race, and yes, even the Midstate Massive Ultra Trail 100—were no goes. Pushing myself that hard would have been a terrible idea, so I decided to leave all these races for another year.


A week and a half before the Mendon Trail Runs, I had an appointment with sports medicine physician Andy Getzin.  All of my blood tests—white blood cell count, inflammation markers, iron and B12 levels—came back normal. Dr. Getzin more or less told me to listen to my body and ease back into things.

A few days later I tested my endurance by running 37k (23 miles) on my 37th birthday (consuming only water and Gu Birthday Cake gels for posterity). The pace was slow and my legs were tired near the end, but overall it went okay so I signed up for the
50k option at Mendon. I found it fitting to resurrect my trail legs on November 2, the day after All Souls Day.

I ran the Mendon Trail Run once before, in 2017 when I landed a PR in the 50k. This time I figured best case scenario was to run each 10k loop in 55 minutes, aiming for even splits and running a PR by a narrow margin. More realistically, I figured a casual effort would give me about a five-hour finish. And when it all boils down, a finish at this race is all I really needed.

This course can be deceiving when you're going the distance on five full loops. The constant, gently rolling hills take a toll on the legs as the miles begin to pile up. There's nothing difficult about the course—it's not at all technical or muddy, the trails are wide and smooth, and there are no steep climbs. Those micro hills add up though, with about 1,000 feet of gain and 1,000 feet of loss per 10k loop. Mendon Ponds County Park is a fun place to run in early November, with some nice ridgetop vista views and a forest awash in autumn's final phase of color-morphing foliage.

Race morning came and I stepped out of my car to a certain, almost palpable, crispness in the air. After a two-day downpour in Ithaca this was a sight to behold. Even with the Rochester rain, the park's trails drained very quickly. I figured the ambient temperature would warm up early, so I dressed in layers in order to easily ditch my long-sleeve at the end of loop 1.

I ran the first two loops at a pretty casual effort, finishing the second just before 1:50 elapsed. As expected, the miles got a little longer and the inclines a little steeper on the third loop. I'd barely begun loop 3 when I got dusted by Ellie Pell, who'd go on to win the 30k race outright and best the men's course record by a full minute. I guess, after listening to her interview on the Running Inside Out podcast on the drive up to Rochester, I should have expected nothing less.

My pace slowed a ton during loops 4 and 5, in 1:05 and 1:09, respectively, and I got passed quite a bit by other 50k runners. My legs and body hurt, but the pain was nothing out of the ordinary for an ultra. I slogged on to finish in ninth place and a few minutes over five hours. At least this time I was realistic about my predicted time and didn't overdo it trying to reach some arbitrary goal.

As I write this, six days post-race, I've been feeling really good all week. The fatigue and soreness plaguing my body since Massanutten are nearly gone and soon I can start ramping up the volume again. The Mendon 50k gave me the confidence and motivation I need to get back at it, which to me is much more valuable than running a fast time. Heidi and the rest of the Rochester Orienteering Club, along with their volunteers, were well organized and helped us keep moving all morning. 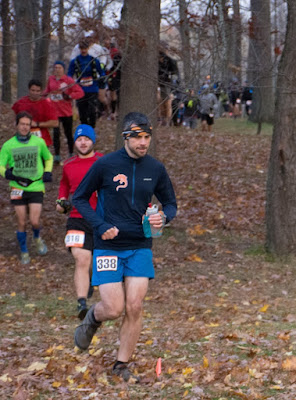 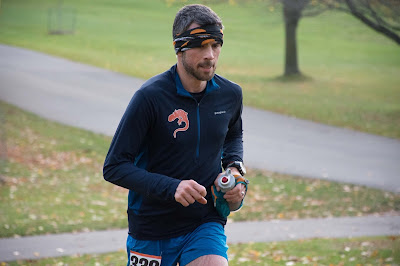 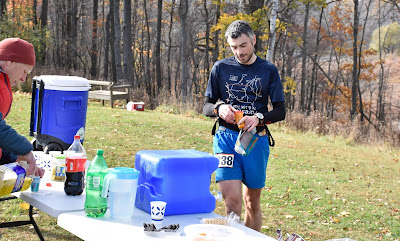 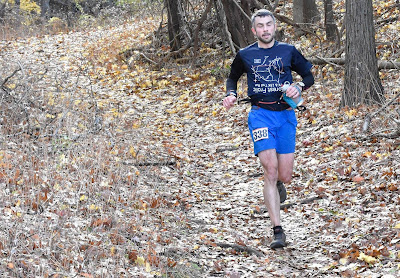 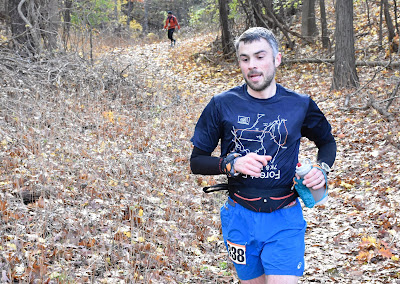