The last couple of weeks I've been engaging in more of a variety of activities to help recover from the Cayuga Trails 50 and prepare for the Finger Lakes 50s 50 miler on July 5. The entire month is sort of a recovery/taper period, without any big training weeks or 20 mile runs. It's important to give the running-specific leg muscles a rest, and this can be done without losing much, if any, fitness. With that said, I did run a couple of local races at a comfortably hard pace in order to get a few "speed sessions" in.

Saturday, June 7, saw the Tortoise & Hare Trail Run at Buttermilk Falls State Park. The course winds up the park's Rim Trail and Bear Trail, ascending about 900 feet in the first few miles, then circles around Lake Treman and descends via the same route. Only a week removed from the Cayuga Trails 50, I felt pretty fresh at the starting line. I definitely felt the fatigue in my legs during the long ascent,
but the rest of the way was easy going and I was glad to finish in under an hour.

I took a few additional rest days and easy runs over the next several days. Thursday evening I again got some speed work in at the YMCA Corporate Challenge in Binghamton, representing the UHS team. I ran pretty well in the 5K road race without going all-out and still felt relatively fresh the next day.

Saturday, June 14, Hayley and I attended an outdoor yoga class at Cass Park to work on stretching and restorative poses, with some strength work in there as well. That evening I drove out to the Finger Lakes National Forest for a course preview of the Finger Lakes 50s. The race consists of a 16.5 mile loop run once, twice, or three times, depending on which distance the runner signed up for (25K, 50K, or 50 miles, respectively.) The course is a lot of flat single track, but does cross through three gated cow pastures. As part of the trail, the pastures are open to the public provided we stay on the path and make sure to latch the gates at each end of the field as we pass through. I ran one loop through the muddy trails and got stalked by some curious bovines who's home I invaded. Seriously, I was nervous when three or four of these gals started following me up the trail through their pasture, gaining ground on me since it was too muddy to move very quickly. Eventually I made it to the gate and escaped. (Finger Lakes 50s single loop Strava link, for anyone running the race that might be interested.)


Sunday morning I woke up early and decided on the spot to cross-train by biking to Robert Treman State Park, thinking the Gorge Trail would be open by now. It turns out only a small section of the trail on the park's west side is open. The rest is closed indefinitely for trail maintenance after the harsh winter caused erosion, making for dangerous hiking conditions. I did manage to snap a few good pictures of the gorges at Treman. On the ride back home, I felt like a real cyclist when I crashed my bike for the first time since I was a kid, resulting in a skinned knee and sprained pinky finger. The evening brought a relaxing walk with Hayley around Green Lakes State Park in Fayetteville. 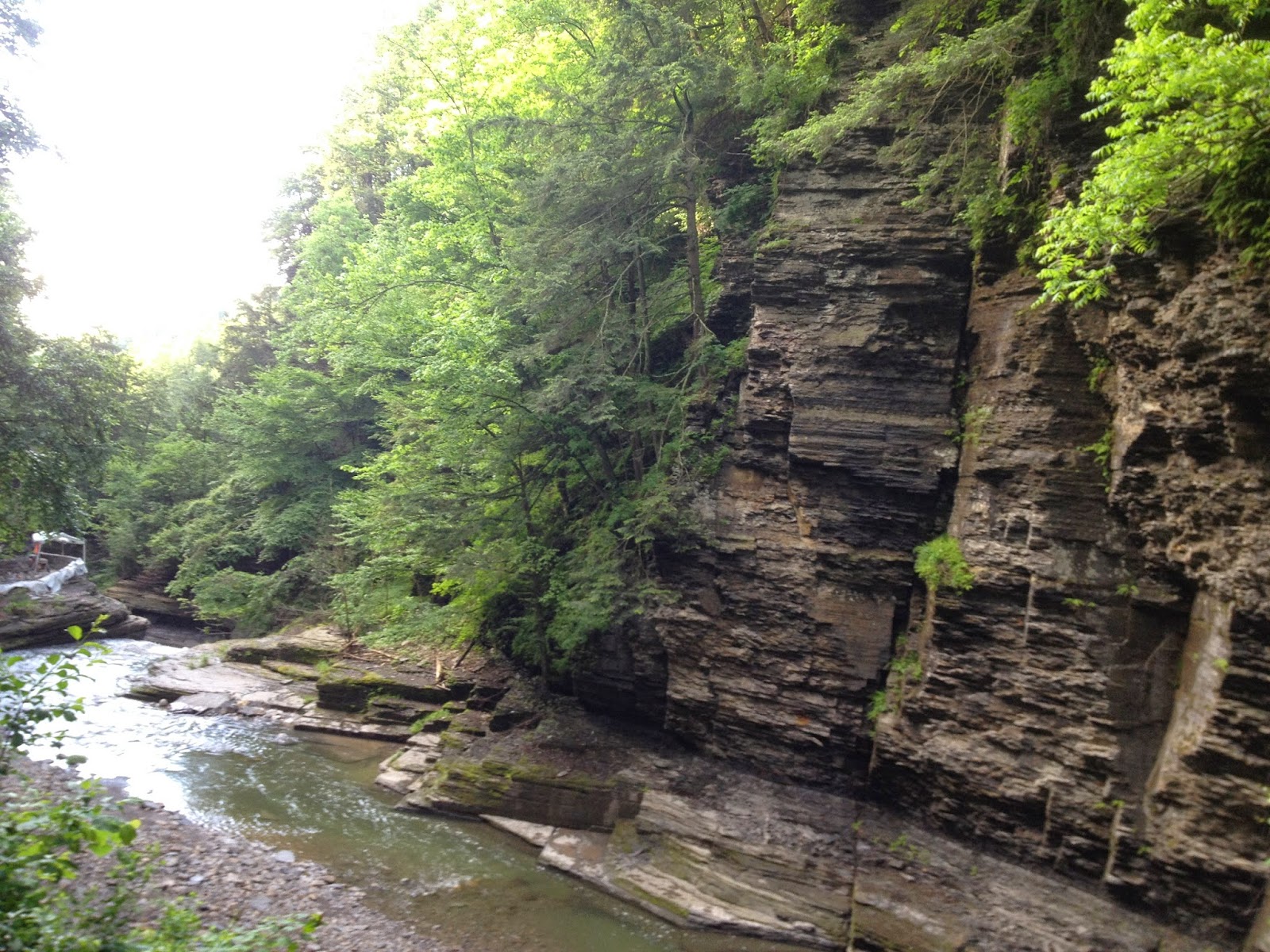 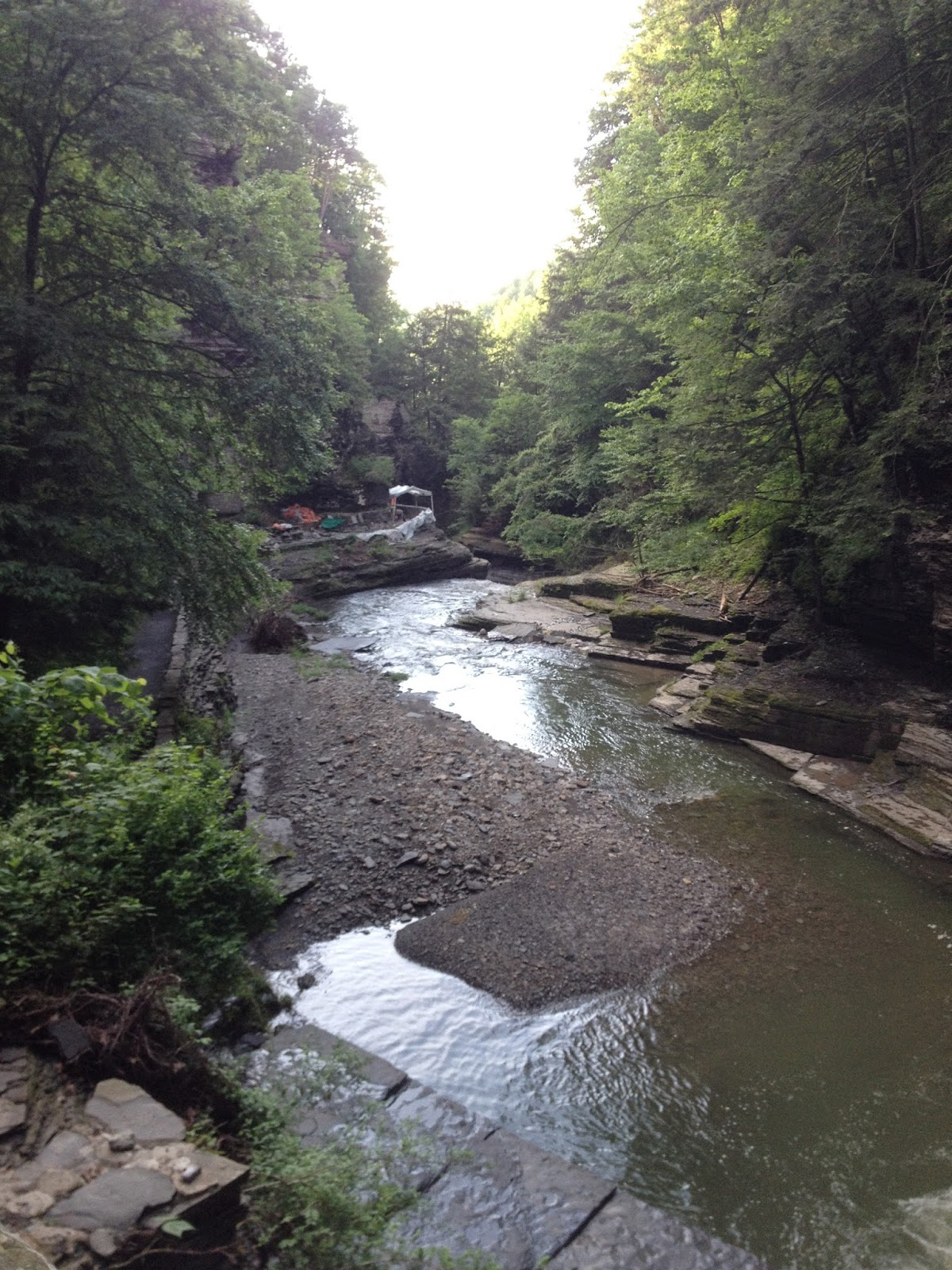 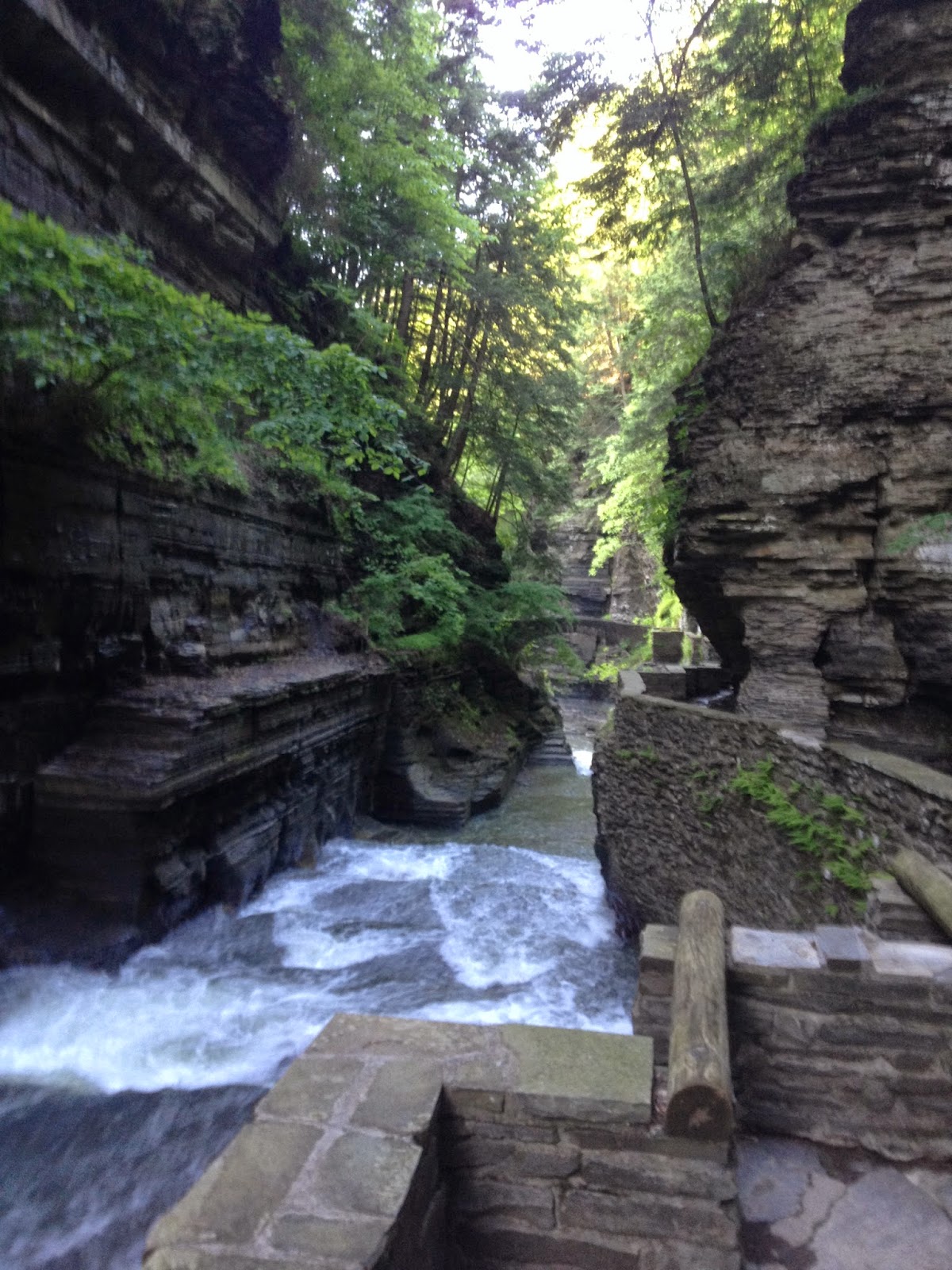 The next three weeks will see some pretty easy running and low mileage. It is common for runners, especially ultrarunners, to overtrain when following a regimented training plan or when running by feel, especially during tapering. That leaves the runner arriving at the starting line on race day without 100% in the tank and can make for a disappointing day. I'm trying to avoid this by having some fun with various activities and different types of runs, allowing me to rest up for the next A-race.